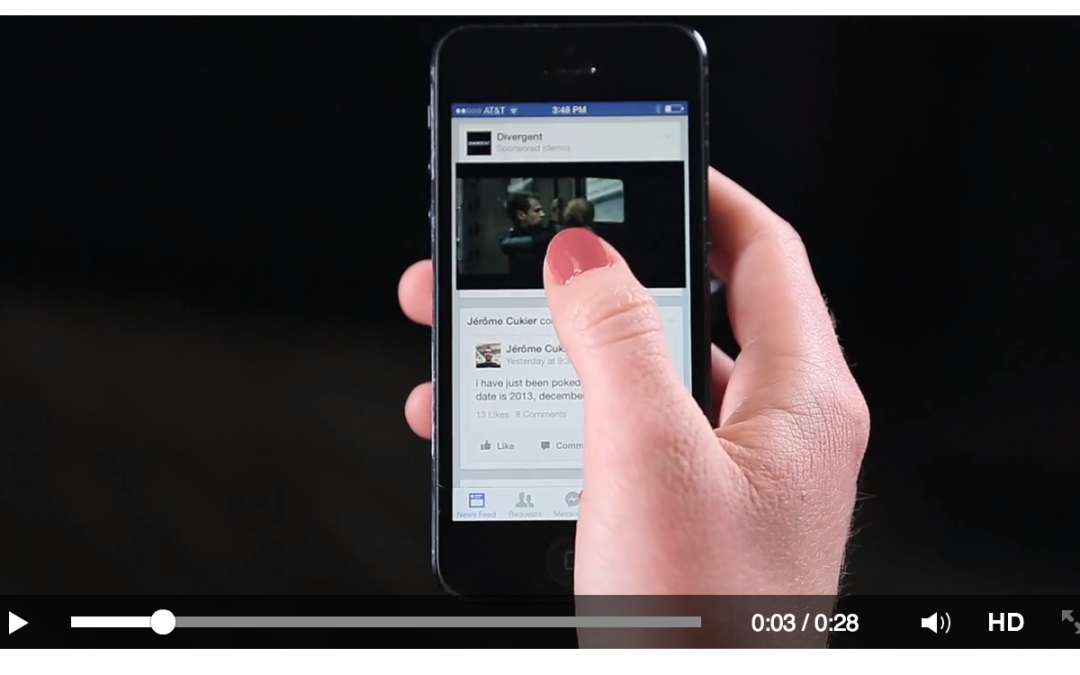 76% of Americans who use Facebook say that they regularly discover new things through videos on their feeds. Facebook IQ describes this as the “universal language,” that is, that people are instantly communicative and engaged by visual information.

In just one year, the number of video posts per person has increased 75% globally and 94% in the US. And every day, people upload more than 350 million photos on average to Facebook. – Source: Facebook for Business

Forbes predicted that in 2015, Facebook would overtake YouTube for video views. As the world’s largest social network began to publicly show view counts, offer advertisers lots of metrics to test out the effectiveness of their campaigns, this put a lot of importance on embracing multiple digital channels to reach users.

Fortunately for YouTube (and future emerging video ad platforms), there is enough space in the video ad platform to survive, even with Facebook’s growing success with the medium. Measurability and shareability are excellent indicators for success because they show true engagement with relation to the content displayed.

A survey from BrightRoll that polled 120 agencies indicated that 72%  believe video ads were more effective than television ads for a variety of reasons citing targeted customer reach, completed views and conversion. YouTube and Facebook both have sophisticated analytics and insights to help advertisers test and monitor the effectiveness of their work.

Not only can you broadcast your ad to a large audience, being able to track and see what campaigns are helping your brand is invaluable.

Since Facebook introduced its autoplay a couple of years back, this has pushed the creativity envelope. When someone scrolls down their feed, they might see your ad, but silently, unless they click on it. In this way, the ad shown has to truly engage the user, and tell the story without sound.

“Our audience, gamers, regularly consume videos across desktop, tablets and smartphones, and Facebook allows us to get our videos in front of them wherever they are … And with the new capabilities Facebook has launched to its video ads product over the past several months, we’ve seen ROI improve dramatically.”

If you’re getting engagement from a user this way, you know you’re doing a great job. This is far more valuable than knowing your tv ad was watched by two million people, but not knowing how many of them just passively watched, left the room, or even muted their televisions!

Yes, they are. Now that consumers are tuned into channels with a lot of user-generated content on social media, video ads present a whole new arena of tappable potential for generating clients.

While tv ads are still a great advertising tool to have in the marketer’s toolkit, the platform still lacks the crucial ability to engage its users in a social way that is shareable, one of the biggest reasons that make Facebook video ads effective.